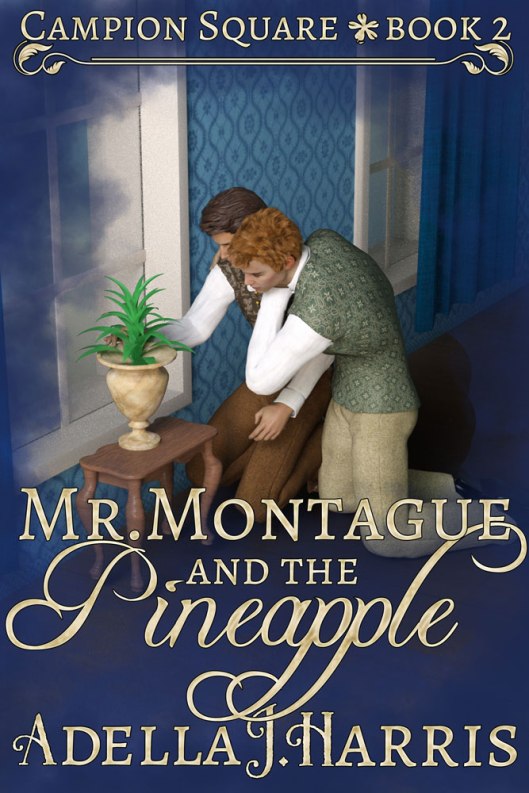 I said I’d be back soon with another cover reveal, and here it is. Mr. Montague and the Pineapple. It will be out February 16th and will have a pre-order/new release sale too, this time $2.99 for the ebook, then it will go to its regular price of $4.99 (I haven’t decided when I’m ending the sale, I’ll let you know when I do.) This time I have the pre-order links, so you can find them below.

Print-maker Peter Marsham can’t believe he owns a house of his own on Campion Square, and all from the sale of his artwork. Youngest son of an earl Cecil Montague has been banished to a boarding house on Campion Square by his father. They meet when Peter finds Cecil digging through a rubbish heap to rescue the remains of a pineapple, thinking he’s in need of help, and ends up offering to let Cecil attempt to grow the pineapple in his spare room.

Just as Peter and Cecil are beginning to sort out their feelings for each other, a series of thefts are reported in the square, and Cecil becomes a suspect. Now they must find a way to clear Cecil while keeping their secrets.

2 thoughts on “Cover Reveal: Mr. Montague and the Pineapple”