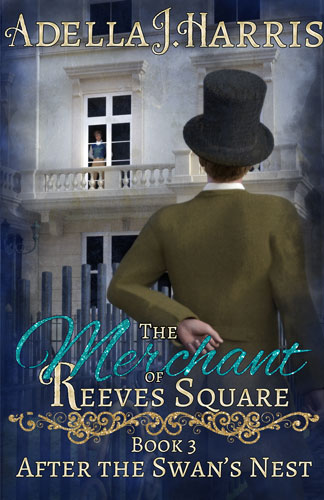 Well, that took long enough! I really expected this book to be done in March or April,  but clearly that didn’t happen.  But it is finally ready now.  The Merchant of Reeves Square, After the Swan’s Nest book 3 is coming out August 20th.  It will be on a pre-order sale until the end of the month, $2.99 USD instead of $4.99.

Sir Arthur Holden was lonely. That had to be why he found the private inquiry agent, Henry Parker, so intriguing. Simple loneliness after he’d gotten his two best friends arrested in a raid on a molly house he’d recommended. Now they’re both out of prison, but William is living in Cornwall and Thomas is hiding in Yorkshire. And the intriguing Mr. Parker says he has a way to help Thomas come out of hiding. That would be the only reason to hire him. Nothing at all to do with wanting to see him again.

Pre-order links are on the book’s main page here